Pakistani Motorcycles Industry has unchanged the negative trend and the Q1 2020 had been the sixth declining quarter in a row. Despite the Covid19 will marginally hit the Pakistani economy, the outlook for the year is negative, due to high price, increased duties on the sector, currency depreciation, while the recovery should start only in the Q2 2021.

Despite high expectations for a recovery, following the double-digit lost reported in the previous year, the start of the 2020 has not been almost positive in Pakistan with Year to Date February sales at 281.542, down 2.9% and the preliminary data on March are in line, with the quarter closing in negative territory, for the sixth time in a row.

Forecast for the rest of the year are moderately negative, which mean “very positive” compared with the rest of the World. The Pakistan economy should be marginally affected by Covid19, as actually just few cases had been detected in the country, but the basic market outlook is negative, after years of fast development. We foresee the full year 2020 sales at 1.55 million, down 7.5%. A recovery is expended starting from the Q2 2021.

Motorcycles market felt down 12% in the 2019, after years of records

According to data released by the Pakistan Association of Automotive Manufacturers, in the 2019 the new two/three-wheeler sales have been 1.67 million, down 12.0%. Following years or rapid development, in the 2019 the market had been hit by the imposition of various new taxes and duties by the government such as the Federal Excise Duty (FED). With a sharp depreciation of Pakistani Rupee against the US dollar, the vehicles prices went up massively, reducing the demand.

As far as regard the competitive landscape, all competitors are producing locally and just a reduced number of manufacturer are fighting in the market, with local brands (DYL, Sohab, United Auto, Sazgar, Road Prince, Hero Motor (a Pakistan company) Ravi) Japanese (Honda, Suzuki and Yamaha) and Chinese (Qingqi).

The most of the demand is concentrated on motorbikes in the 125-150 cc range quite flexible for the local unpaved roads and affordable for people with a still limited purchase power. Premium brands are not yt landed here as the scooter manufacturers, because their segment are negligible. Even Japanese are locally producing low displacement-low cost models and not importing their top class models. 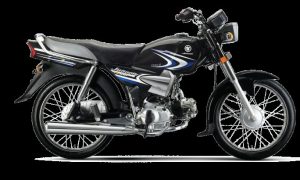 Before 2004, nobody could ever think, Pakistan motorcycle industry could flourish at such an exorbitant scale. In those years the market volume was below 0.1 million annual units and there were only two companies,Atlas Honda and Dawood Yamaha,operating in the market. Suzuki and Qingqi had very small share.

Thanks to a government open policy, new manufacturers entered the market backed by Chinese technology, and the sector become crucial to sustain the economic development of Pakistan in the last 15 years, becoming – by far – the first solution for individual mobility.

The following factors played a vital role in this development.

In recent years, Pakistani motorcycles industry has been among the fastest in the World. Indeed, the milestone of 1 million units has been hit for the first time only in the 2015 and now the market is already running towards the 2 million annual sales. Following the over 1.4 million sales achieved in the 2017, the market further boomed in the 2018, with a record of 1.900.382 sales. up 6.6%, and scoring the new All Time Record.

However, the depreciation of rupee, the tax increase and less cash available for credit, penalized the market since the end of 2018, with motorcycles price further increasing discouraging the demand and the market has taken a negative path.

This article was written with the contribution of Mr. Imtiaz Ahmad, a Motorcycles professional living in Pakistan.