Thailand Motorcycles Market started the 2020 with a -3% after two months, keeping the moderate decline in place. The environment will deteriorate during the year as the export activities, crucial in the country, will be hit by global recession and domestic demand will fall down. The motorcycles market will be hit and is projected to lose 20%

Following the moderate decline reported in the previous two years, the Thai motorcycles industry started the 2020 with a low tone, with Year to Date February sales at 284.148, down 3.0%.

While being on the right track, the government’s latest response to the new coronavirus (Covid-19) by closing schools and entertainment venues, as well as putting off the Songkran break, is likely to prove too little, too late, once again. As other countries have shown, the sooner firm and hard measures are put in place, the better and likelier efforts to contain and remedy Covid-19 will be successful. An early global lesson from the fast-spreading virus is to be pre-emptive and pro-active, “front-loading” the pain of social adjustments and economic damages rather than playing catch-up and ultimately paying a higher price.

Back when Covid-19 began its global assault, Thailand was the first country outside China to report a case. It was on Jan 13, when a woman arrived in Bangkok from Wuhan. At the moment action taken have effective with still a low case of infected. However, the effects on the economy will be hard, as export will drop and domestic consumption will decline, hitting the motorcycles industry severely.

According to data released by the Thai Minister of Transportation, the domestic motorcycles market in Thailand is moderately declined in the 2019 with final figures at 1.729.755 (-3.3%).

Looking at the single brand performance, huge difference are in place. Indeed, while after the first six months of the year, the market leader, Honda rushed in December to close the year flat on the previous with the outstanding share of 77.4%, while just few players are gaining, like Piaggio (+32.2%) and Harley Davidson (+171%). 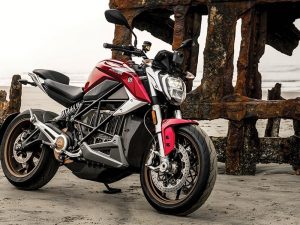