World Motorcycles market has lost 1.6 million units in the 2019 compared with the previous year, which was at the highest level ever. The sales lost in the largest market, India, have only partially recovered by the positive trend in China and Europe. However, 2019 was positive while the forecast for the 2020 is awful.

The global motorcycles market continues on the positive pathway taken in the last years despite in the 2019 sales declined from the record achieved in the previous year.

The global industry was shocked in the 2016, when the changes of rules in China penalized the new two-wheeler registrations and the market, at those times the largest in the World, felt down losing over 5 million units in a single year. However, the Indian market fast growth together with other emerging countries, like The Philippines and Pakistan, allowed the industry to recover and in the 2018 global sales were back at the 2014 level of 61.7 million units.

In the 2019,  the largest market, India, has lost 3.1 million sales and despite the recovery of China (+1.3 million) and the good moods in Europe, the industry declined at 60.1 million units, losing 1.6 million from the previous year.

Looking at the different types of vehicles in the industry, the over 50cc scooter segment still represent the largest part of the market with 25.8 million sales in the 2019 (-0.7 million) followed by the motorbikes segment with 24.4 million (-1.2 million from the previous year), the moped at 4.6 million (+0.2 million), the tricycles at 4.7 million (up 0.15 million) and the Quadricycles/ATV at 559.000, marginally positive.

Considering the CC-Class segmentation, the range between 51-125cc is by far the largest in the market, counting near 70% of the total, followed by the 126.250cc at 24.8%. The cc-class mix changes when considering only the ATVs or Motorcycles segments

The largest market in the World is India with 18.5 million sales, followed by China at 16.3 million, Indonesia at 6.5 million, Vietnam at 3.2 million and the Philippines at 1.8 million.

In sixth place Thailand with 1.67 million, followed by Pakistan at 1.67 million, Brazil and Mexico just over 1 million and in 10th place Taiwan with 0.9 million.

The largest European country, France ranks only in 17th place, while USA are 11th and Japan 15th.

In the 2020, the market is foreseen in difficulties due to the negative impact of corona virus on global GDP. China is expected to lose in double digit and the fall of consumer goods purchase will kill the momentum in Europe, Philippines and Indonesia. In case of the virus will impact the Indian market as well, in the 2020 the industry can lose over 10 million units globally.

Note: This forecast was released on Feb 28, 2020, an era ago. We are now developing a detailed country-by-country forecast before to update this report. It is quite evident that the fall will be much more than 10 million globally 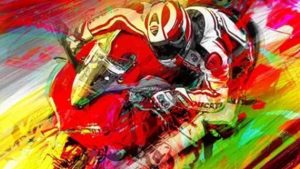